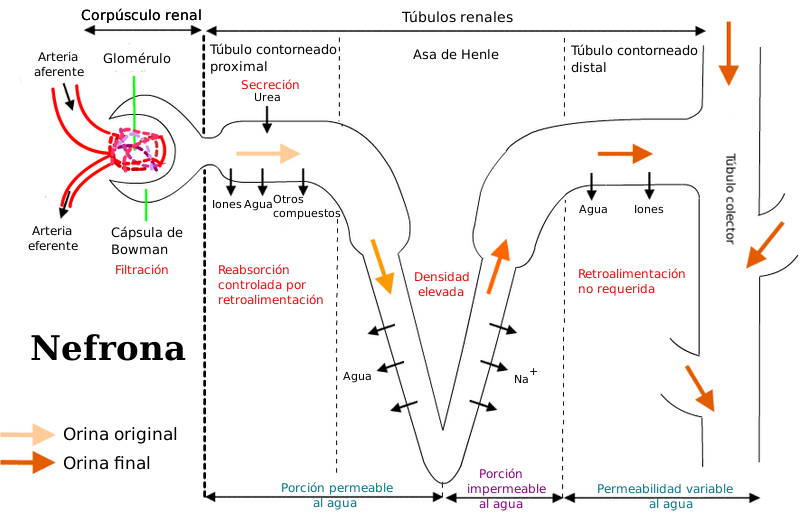 Pharmacokinetics studies the manner and speed with which drugs and their metabolites are eliminated by the various excretory organs. This elimination will be proportional to the drug's plasmatic concentrations. In order to model these processes a working definition is required for some of the concepts related to excretion.

The plasma half-life or half-life of elimination is the time required to eliminate 50% of the absorbed dose of a drug from an organism. Or put another way, the time that it takes for the plasma concentration to fall by half from its maximum levels.

The difference in a drug's concentration in arterial blood (before it has circulated around the body) and venous blood (after it has passed through the body's organs) represents the amount of the drug that the body has eliminated or cleared. Although clearance may also involve other organs than the kidney, it is almost synonymous with renal clearance or renal plasma clearance. Clearance is therefore expressed as the plasma volume totally free of the drug per unit of time, and it is measured in units of volume per units of time. Clearance can be determined on an overall, organism level («systemic clearance») or at an organ level (hepatic clearance, renal clearance etc.).

Each organ will have its own specific clearance conditions, which will relate to its mode of action. The «renal clearance» rate will be determined by factors such as the degree of plasma protein binding as the drug will only be filtered out if it is in the unbound free form, the degree of saturation of the transporters (active secretion depends on transporter proteins that can become saturated) or the number of functioning nephrons (hence the importance of factors such as kidney failure).

As «hepatic clearance» is an active process it is therefore determined by factors that alter an organism's metabolism such as the number of functioning hepatocytes, this is the reason that liver failure has such clinical importance.