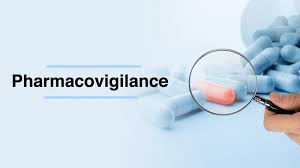 Pharmacogenomics is the study of the role of the genome in drug response. Its name (pharmaco- + genomics) reflects its combining of pharmacology and genomics. Pharmacogenomics analyzes how the genetic makeup of an individual affects his/her response to drugs. It deals with the influence of acquired and inherited genetic variation on drug response in patients by correlating gene expression or single-nucleotide polymorphisms with pharmacokinetics (drug absorption, distribution, metabolism, and elimination) and pharmacodynamics (effects mediated through a drug's biological targets). The term pharmacogenomics is often used interchangeably with pharmacogenetics. Although both terms relate to drug response based on genetic influences, pharmacogenetics focuses on single drug-gene interactions, while pharmacogenomics encompasses a more genome-wide association approach, incorporating genomics and epigenetics while dealing with the effects of multiple genes on drug response.

Pharmacogenomics aims to develop rational means to optimize drug therapy, with respect to the patients' genotype, to ensure maximum efficiency with minimal adverse effects. Through the utilization of pharmacogenomics, it is hoped that pharmaceutical drug treatments can deviate from what is dubbed as the "one-dose-fits-all" approach. Pharmacogenomics also attempts to eliminate the trial-and-error method of prescribing, allowing physicians to take into consideration their patient's genes, the functionality of these genes, and how this may affect the efficacy of the patient's current or future treatments (and where applicable, provide an explanation for the failure of past treatments).[5][9] Such approaches promise the advent of precision medicine and even personalized medicine, in which drugs and drug combinations are optimized for narrow subsets of patients or even for each individual's unique genetic makeup Whether used to explain a patient's response or lack thereof to a treatment, or act as a predictive tool, it hopes to achieve better treatment outcomes, greater efficacy, minimization of the occurrence of drug toxicities and adverse drug reactions (ADRs). For patients who have lack of therapeutic response to a treatment, alternative therapies can be prescribed that would best suit their requirements. In order to provide pharmacogenomic recommendations for a given drug, two possible types of input can be used: genotyping or exome or whole genome sequencing. Sequencing provides many more data points, including detection of mutations that prematurely terminate the synthesized protein (early stop codon).